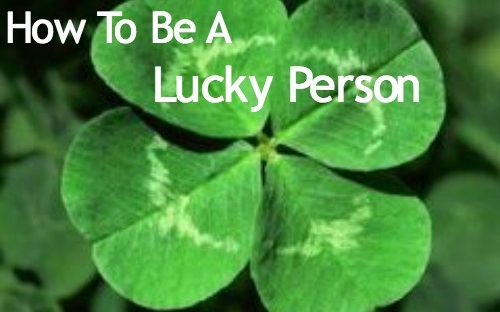 I am by nature an optimistic pessimist.  I think most of us are actually born optimistic, but life has a way of teaching us that pessimism is a way of damage limitation when things don’t work out the way we hoped.

For example, take the National Lottery.  We know the chances of winning are similar to the chances of being hit by lightening but once the total gets past £20 million ticket sales soar.  The pessimist in us knows we won’t win but the optimist in us says…we might. 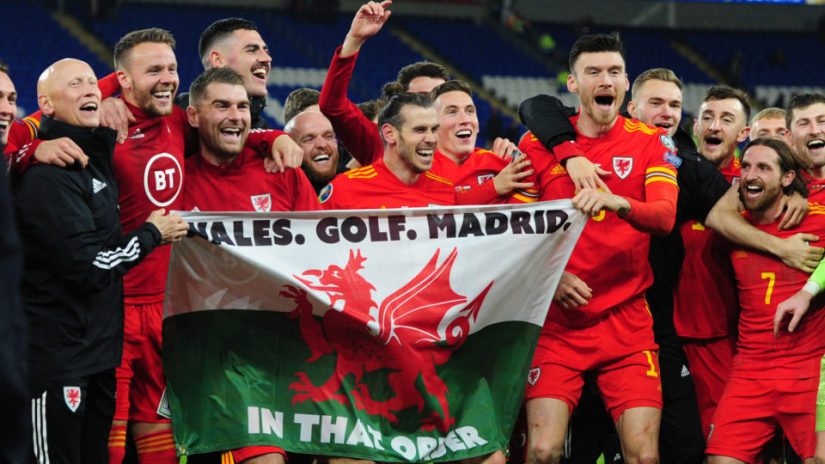 This week, as I watched Wales qualify for the Euro 2020, I went back to a time in my life when pessimism finally got the better of me. 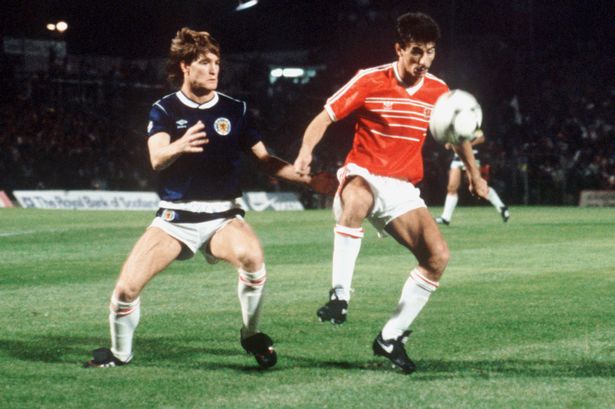 It was 1985 and Wales were playing Scotland in a World Cup Qualifier.  We had a team including Mark Hughes, Ian Rush and Robbie James. To qualify we had to win.  We even took the lead. This was surely the moment when we would qualify for a major tournament for the first time since 1958.  Then, in the 81st minute, Scotland were awarded a dubious penalty and no matter how hard we tried in the remaining time, even with that amazing array of attacking talent the game ended in a draw. We were out again.

In those days I was working as a radio producer and I remember walking into the offices of BBC Radio Wales the following morning and declaring I was done with football; we would never qualify for a tournament in my lifetime.  Of course, that didn’t stop me going to that game against Romania in 1993 which we had to win to qualify for World CUP 1994, we lost, or again for the Euro 2004 playoff game against Russia which we needed to win, we lost again.

BUT…In the intervening years Swansea went into the Premier League and Wales got to the semi final of Euro 2016. Maybe our luck just changed???

Luck is a funny concept.  It’s obvious, some people are simply luckier than others aren’t they?

If that’s the case can you make yourself more lucky? 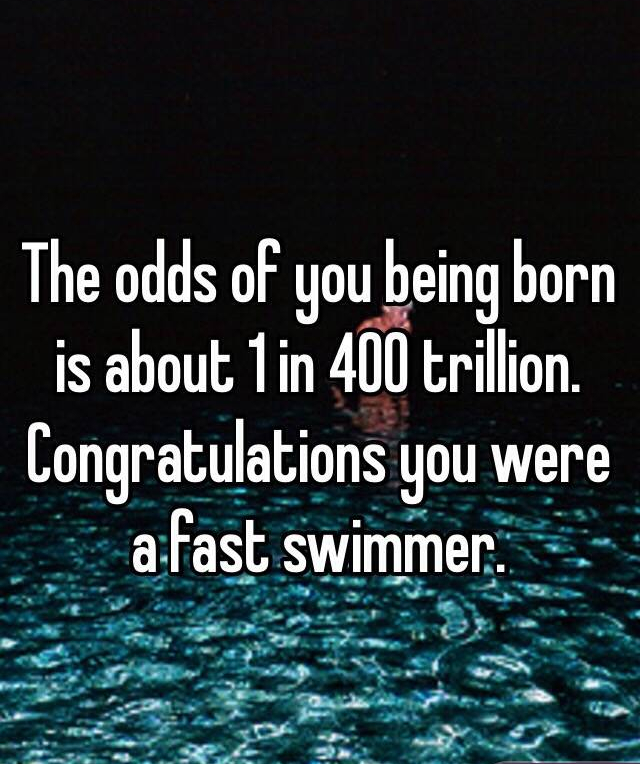 I always say the best bit of luck I had in life was choosing my parents. Obviously, we have little choice in the matter of where we are born and who our parents are, in fact scientists say your chances of you being you at all are one in 400 trillion!

So, first off, you’re lucky to be here.  Now, some people are born with a silver spoon in their mouths.  If your parents are kind, rich, well educated or well connected that can improve your life chances but you only have to look at the headlines this week to know none of this guarantees you’ll be lucky in the choices you make. 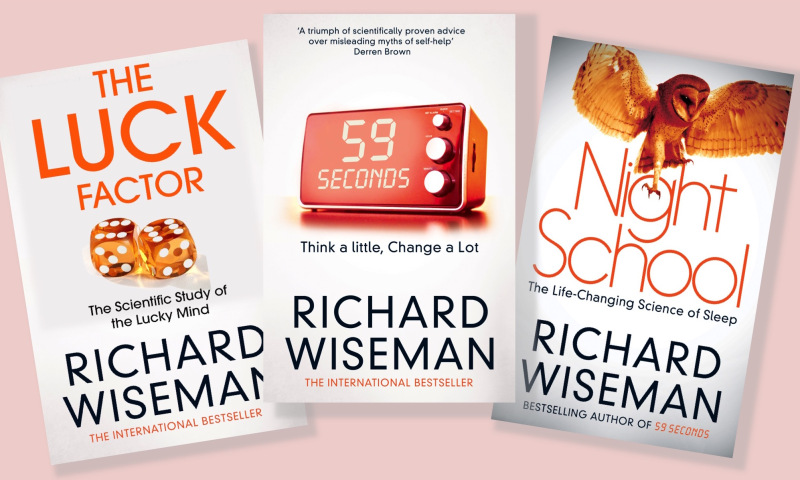 Recently I listened to a podcast by Richard Wiseman who is a Professor of the Public Understanding of Psychology.  He is also a magician. For years he has investigated magic and the paranormal.  He has also written a book called ‘The Luck Factor’. He believes it is possible to become luckier in certain circumstances.  That doesn’t mean that if you go to play roulette he can help you win more often than lose, that’s just probability and chance. No, but Wiseman says there are ways of improving your luck or at the very least feeling luckier. 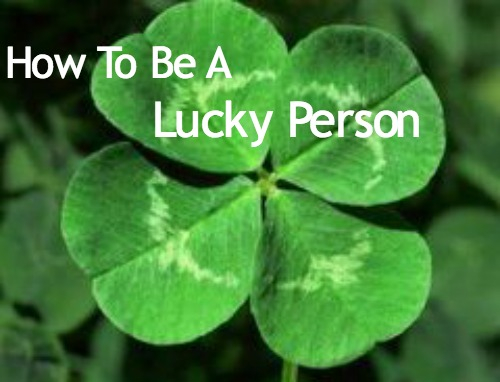 Firstly, do you consider yourself to be a lucky person?  Wiseman asked that question to people in his research group who he had gathered on the basis of whether they thought they were lucky or unlucky.  Then told them a story. A bank robber walks into a bank and fires one shot.  That shot hits you in the arm.  Are you lucky or unlucky?  People who consider themselves to be unlucky people said they were unlucky to be in the bank when it was robbed.  The ‘lucky’ people couldn’t believe their good luck.  Lucky for them the robber didn’t shoot them in the head.

Wiseman says. “Lucky people tend to imagine spontaneously how the bad luck they encounter could have been worse and, in doing so, they feel much better about themselves and their lives. This, in turn, helps keep their expectations about the future high, and, increases the likelihood of them continuing to live a lucky life.”

Another experiment Wiseman used on his research groups involved a newspaper.  The group were given a newspaper and asked to count the photographs inside.  The ‘unlucky’ people took around 2 mins, but the ‘lucky’ people took only a few seconds.  The reason didn’t have anything to do with luck or their mental attitude. The reason they were so quick was that on the second page of the paper was an advert saying, ‘There are 43 pictures in this paper and if you stop now and tell the researcher they will give you $100’.  Even when they found out that the $100 dollar reward wasn’t going to happen they still called themselves lucky!!

From that experiment Wiseman suggests that ‘lucky’ people are more open to seeing and exploiting opportunities that the ‘unlucky’ people don’t see.

Wiseman has 4 principles to get lucky.

When my parents went into care some time ago I was given the archive my mum had collected of letters, newspaper articles and cuttings. Looking back on my career I always say I was incredibly lucky early on to be offered a radio session by John Peel on Radio One when I was 13 years old. I know I was but looking through those letters I found a couple of other letters too.

The first letter came from the offices of Opportunity Knocks, the X Factor TV show of the late 60’s and 70’s.  Not only did the letter turn me down for the show it was also addressed to Miss Pope! The second letter was even earlier. It came from an audition I had done at HTV when I was 11.  I had gone in with a handful of songs I had written.  The letter was kind, but in essence said go and get some guitar lessons. Maybe I was too young to listen to the advice or maybe the optimistic force in me was still strong.

The fight between optimism and pessimism still continues in me.  I’m currently writing a whole new album of songs for release next spring. One moment the album is going to be a Grammy winning, platinum seller, the next it’s an unopened box of CDs I’m trying to get rid of at Swansea Recycling centre.

But I’ll make the album and send it to people.  I’ll always have a couple of copies with me just in case I bump into someone who might help.  We all need to be realistic but lets still carry a hope inside us that one day Wales will win the World Cup.