Well, we survived it.  No, I’m not talking about Brexit day, I’m sure that story has a long way to run yet, no I mean January.  I always think January has the toughest job to do of any month.  December is actually darker with shorter days but at least it has Christmas and the New Year’s Eve celebrations.  January is like December’s lack lustre, miserable twin brother.  It’s the month you take down the decorations, go back to work, make and break your resolutions, climb on the scales and cry.  Lots of people don’t even have a glass of wine to drown their sorrows as they’ve committed to ‘Dry January’ as well.

So, the seasons are changing.  It started last month.  By week 3 of the new year you start to notice that the days are getting longer; but for me there are a few things in the diary that underline that spring is really on the way. One is the start of the Six Nations, the other is the Copper Coast International Film Festival Awards. 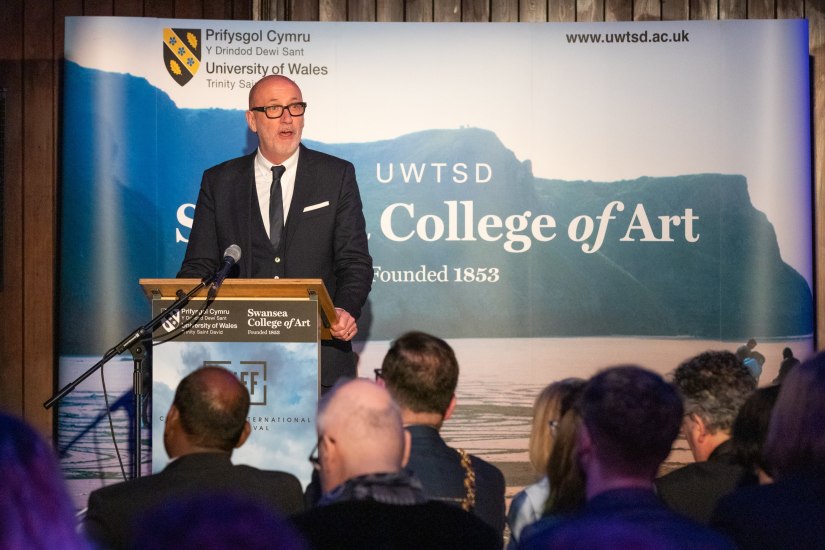 Last night was the fourth Copper Coast International Film Festival Awards ceremony I have hosted.  As with all great institutions (and I believe this festival has the chance to become that important) it started small, with plenty of enthusiasm and ambition.  In 2017, I ‘popped’ along in ‘smart, but casual attire’. I expect I hadn’t quite read the email invitation properly.  I was expecting a bit of a mixed bag of short films, probably a little ropey around the edges. As I sat there and watched the excerpts of the shortlisted films in every category I was overwhelmed.

With the help of their lecturers the students had gone out to the world of short film maker…(Hmmm, that doesn’t sound quite right and in fact a little sizeist!)  What I mean is the world of film makers who make short films.  All around the world people are making great films but then struggle to find an audience.  In a world of online video there is the opportunity to get your work out there but getting a screening at a Film Festival can really help to promote the work. If you should win a prize, well ‘Award Winning Film’ adds a cachet that money can’t buy. 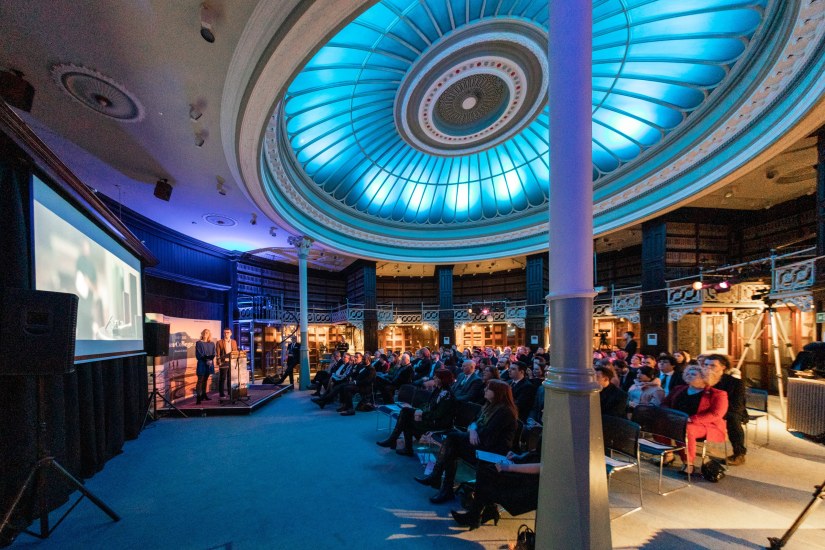 Since 2017 the festival has grown in size, the number of entries has spiraled and it has meant that the University of Wales Trinity St David now runs a whole series of events throughout the week to promote film making but also bring Industry leaders to Swansea to talk to inspire a new generation of filmmakers studying at the University.

There are lots of reasons for making films.  You would think money and fame are the obvious main motivations but most of the real filmmakers I have met have other reasons for creating their work. Whilst most would I’m sure like to get paid, it’s the work itself that makes them struggle to get a budget and team of technicians and actors on board with their latest project.

Film making is a like a lot of industries, as in the world of football we only hear about the massive fees earned by this working in the ‘Premier League’.  Underneath that top tier there are various layers of professionals making a living or ‘playing for the love of the game’.

Of all of the projects I’ve been involved in, making a film was probably the hardest. Its such a collaborative process to make a good product.

You start with a script which needs casting and locations and camera people and sound and make up and, and, and…

Then, when it’s all filmed you need amongst other things music, editing, sound effects and Foley.  Foley was one of the biggest eye openers for me making a film. One of the things that always stood out to me when I used to go to the cinema was how footsteps and creaking doors sounded so fantastic.  It was only years later that I learnt that that was down to the Foley department.  The name comes from Jack Foley, an old radio sound man who moved to Hollywood.  These days all of those everyday sounds you hear have probably been created by a Foley artist and added to the film months later.

Once the film has been completed then you have to find an audience.

If money was your main motivation you would probably give all of that up and become a banker.

This week the students at UWTSD have had lectures by the likes of Emmy Award winning director Chris Durlacher. He was there to talk about film and the Holocaust.  He was able to show excerpts from his documentary ‘Hitler’s Hidden Drug Habit’.

When talking about why he became a filmmaker Chris says

‘I started out making oral history films. As I toured the country in search of old train drivers, truckers and boat builders I realised what I wanted to do with my working life. I’m charmed by the world, but I feel somehow detached from it. This is a useful perspective for a storyteller to have. I’m fascinated by the characters in the stories I tell, but I don’t necessarily see their story the same way they do.’

Charmed by the world but somehow detached. Good characteristics in a filmmaker.

With the full support of the University of Wales Trinity St David, The Copper Coast International Film Festival has grown year on year.  In recent times I’ve noticed a number of changes, these days every turns up to the awards ceremony a little smarter, and as host, these days I wear a black suit and tie.

Here’s to the next Copper Coast International Film Festival and to the start of spring.